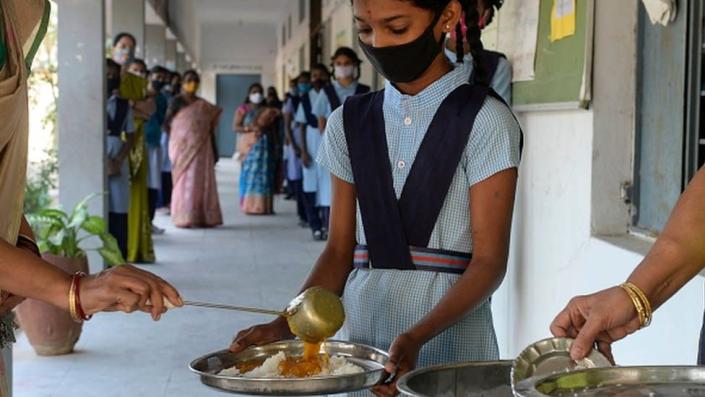 Data shows that southern Indian states continue to outperform the rest of the country in health, education and economic opportunities. But what are the consequences of this phenomenon? Nilakantan R, a data scientist, finds out.

Consider a child born in India.

First, this child is far less likely to be born in southern India than in northern India, given the former’s lower rates of population growth.

But let’s assume she is. In which case, she is far less likely to die in the first year of her life given the lower infant mortality rates in south India compared with the rest of the country.

She is more likely to get vaccinated, less likely to lose her mother during childbirth, more likely to have access to child services and receive better early childhood nutrition.

She is also more likely to celebrate her fifth birthday, find a hospital or a doctor in case she falls sick and eventually live a slightly longer life.

She will go to school and stay in school longer – she will more likely go to college as well. She is less likely to be involved in agriculture for economic sustenance and more likely to find work that pays her more.

She will also go on to be a mother to fewer children, who in turn will be healthier and more educated than her. And she’ll also have greater political representation and more impact on elections as a voter.

In many of these indicators of health, education and economic opportunities, the difference between the south and the north is as stark as that between Europe and sub-Saharan Africa.

But that hasn’t always been the case.

At the time of India’s independence in 1947, the four southern states – Tamil Nadu, Karnataka, Kerala and Andhra Pradesh which constituted about a quarter of India’s population – were mostly in the middle or bottom in terms of development. (A fifth state of Telangana was formed in 2014 – three years after the last census – by bifurcation of Andhra Pradesh.)

But the southern states started to diverge positively compared with the rest of India in the 1980s – a trend which has accelerated ever since.

There is no one answer to why this happened though.

Each of the southern states has its own particular story, but in essence, the progress was achieved by the innovative policies of individual states.

Some of those worked. Some failed. And many were fiscally profligate. But the states, many believe, have acted as laboratories of democracy, as they were intended to.

A prime example of this is the mid-day meal scheme – feeding students a free lunch at government schools – which began in Tamil Nadu.

Introduced in 1982, the mid-day meal scheme ended up increasing school admissions in Tamil Nadu – the state today boasts of the highest school enrollment gains in the country.

In neighboring Kerala, scholars such as Nobel Prize-winning economist Amartya Sen have attributed advances in health and education to a combination of political mobilization and to the state’s syncretic culture. Others such as Prerna Singh, a political scientist, have cited subnationalism – the strong regional identity of the state – as another possible reason.

But the southern states’ success has also led to a special problem.

The four states have a smaller population than their northern counterparts, having seen a lower population growth for a generation now.

While their prosperity leads them to being taxed more – on a per-capita basis because they are less populous – they are given a relatively smaller share in the central transfer of taxes where the amount allocated is dependent on the population. Thus, they see themselves as being punished for their success.

Many believe that this has been made worse by recent tax reforms.

In the past, all states would raise revenues through indirect taxes which gave them the financial freedom to make their own policies – such as the mid-day meal scheme in Tamil Nadu. But with the introduction of the Goods and Services Tax (GST), designed to unify the country into a single market, the states say they have little leeway to raise their own finances and are increasing dependent on federal transfers.

As the Finance Minister of Tamil Nadu, P Thiaga Rajan said recently, “If you remove all variables of taxation away from the states and put them under the GST bucket, where are states to determine their revenue policy? You’ve effectively turned states into municipalities.”

This has made the relations between the central government and the south tense.

In 2020, for example, after a particularly prolonged political battle between Delhi and the states on the GST, the federal government agreed to pay the states what it legally owed them only after some state governments threatened to sue.

Earlier this year, there was a tussle between states and the central government about lowering fuel prices, with the latter demanding that the states do so – and many of the southern states pushing back.

It’s a problem with no easy solutions.

On the one hand there are people in Uttar Pradesh who want to be treated just like a citizen in Tamil Nadu in terms of government services and welfare schemes. But on the other hand, there are citizens of Tamil Nadu who end up sending more money over to states such as Uttar Pradesh than spending on themselves via the complicated tax system.

That’s not all – relations between the south and the central government could get more fraught in the future as the country gears up for another round of delimitation in 2026.

The exercise – which was last done in 1976 – refers to redrawing the boundaries of electoral seats to represent changes in population over time. This means that along with revenue loss and lack of freedom to make their own policies, the prosperous south may have fewer seats in parliament in the future.

Charts by the BBC’s Shadab Nazmi